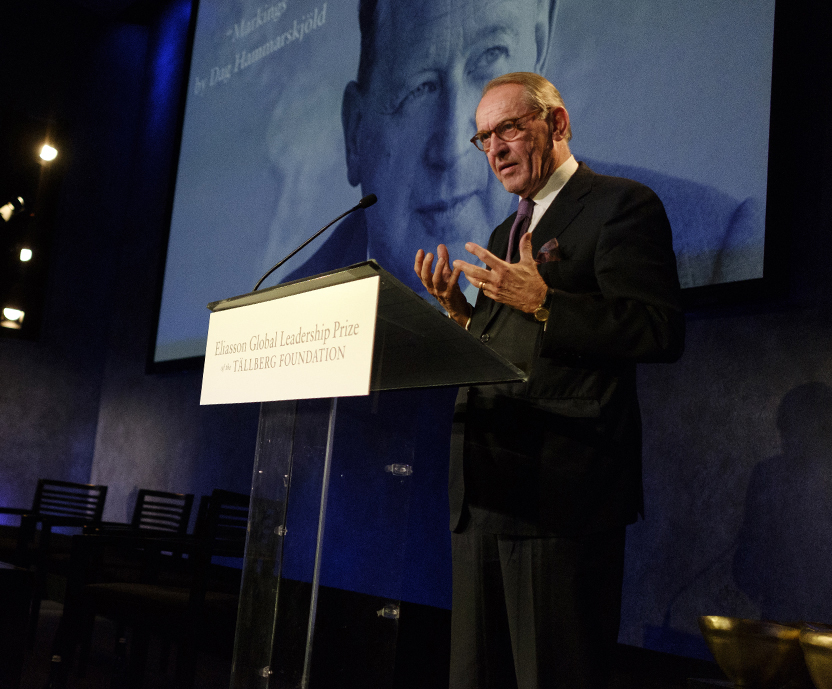 Jan Eliasson is a Swedish and international diplomat. He most recently served as the Deputy Secretary-General of the United Nations from  1 July 2012 to 31 December 2016. He was elected President of the United Nations General Assembly, for its sixtieth session 2005-2006. Eliasson has also served as Swedish State Secretary for Foreign Affairs from 1994 to 2000 and as Swedish Minister for Foreign Affairs in 2006.

Previously, he was a UN mediator in the Iran/Iraq conflict, in the Nagorno-Karabakh conflict and in Darfur, Sudan, and active for the UN in countries such as Somalia, Mozambique and the Balkans. He has a profound interest in water issues, in particular for the developing world, and was the first chairman of Water Aid, Sweden.

The Swedish Government has appointed ambassador Jan Eliasson from June 1, 2017 as the Chairman of the SIPRI Governing Board.