For his inventiveness in designing and distributing child-sized audible soccer balls that allow blind children not only to play, but also to participate more fully in their communities 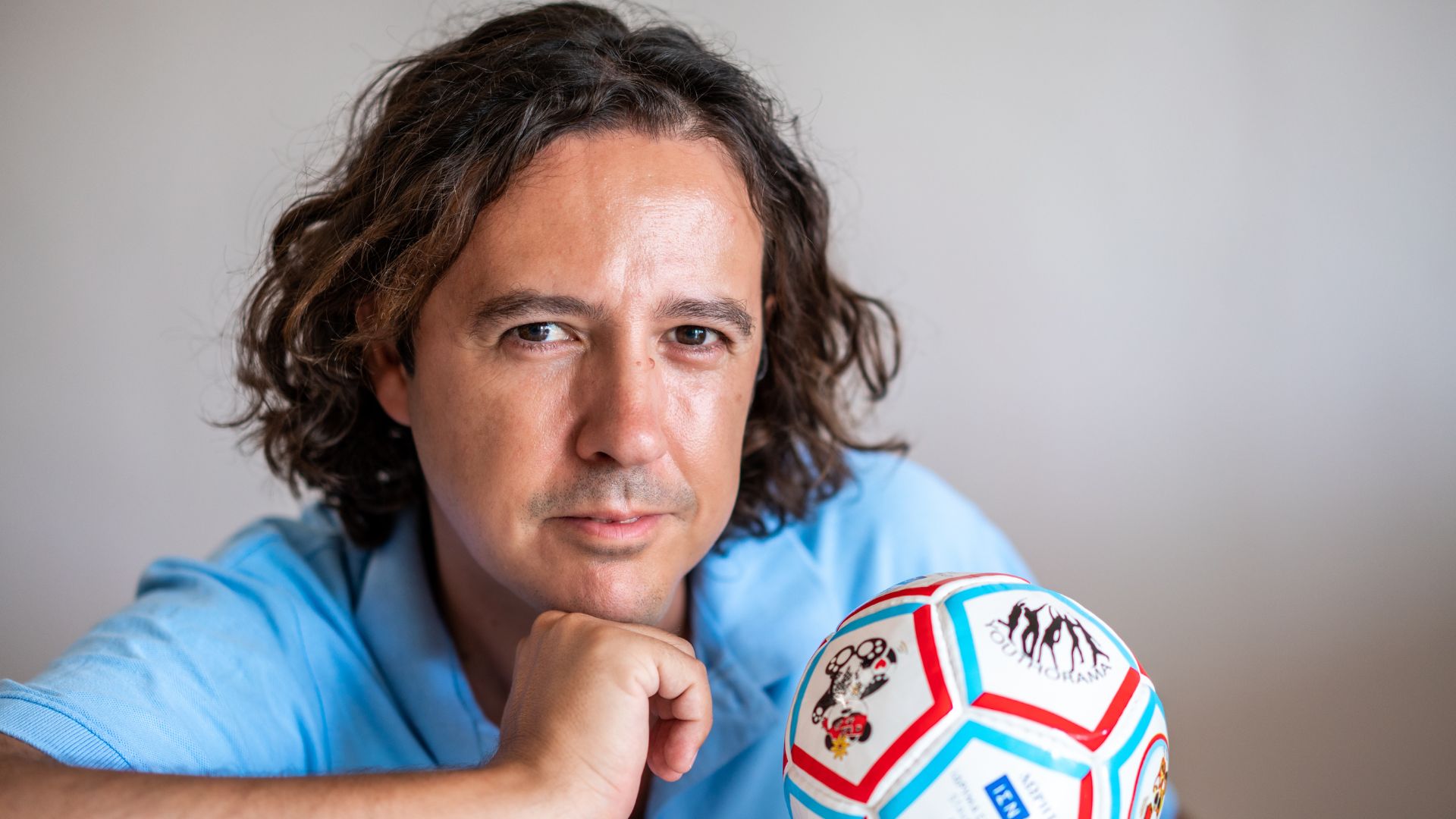 Elias Mastoras is the current IBSA Blind Football Chairman 2021-2025. He received first place at the EU Sports Awards in May 2022 for the “A Ball for All” campaign. He is an adult educator and a youth trainer in the E+ Youth National Agencies of Greece and Cyprus and SALT0 Inclusion – Diversity “Mobility Taster” based in Brussels. He is a FIDE Chess Trainer and a FIDE Master as a chess player; he runs the “Say Chess” Academy in Panorama since 1999. He was the national coach of the Greek Blind delegation in the Chess Olympiad in Brazil, in 1996. He was a Rio2016 Referee Coordinator and World Referee Coordinator 2013-2017, and a Referee of Gold Medal Match in Athens 2004 and Beijing 2008. He patented the unique light sound ball, which is available only for donation. In the first four years of the #ABallforAll campaign, more than 10,000 mini-blind footballs have been distributed in 213 countries and territories on five continents. Elias is the legal representative of Orama Neon Youthorama NGO.

The non-profit was founded in 2003 as a meeting place for young people between 13 and 30 years old. In addition to fostering a community environment for adolescents and young adults, it implements chess workshops for children between 4 and 14 years old. The activities of Youthorama have been hosted and supported since then by the Municipality of Pilea-Hortiatis, Greece. In the youth field, we have organized and participated in dozens of European programs supported by both the European Commission Erasmus+ and the Council of Europe. In recent years, especially through our #ABallforAll campaign, we have focused on integrating young people with fewer opportunities through sport. We are fighting for a better future and world.

A BALL FOR ALL

Youthorama and its founder Elias, launching the #ABallforAll campaign, set a goal to travel to all corners of the earth to distribute these special balls. We are well on our path for the balls to reach even the most remote areas. With your support we will achieve even more and the ball will ring in every blind child’s home and school around the world. This year, the first fairy tale “A Ball for All” was published, our heroes are very determined to make the world a better place! The theatrical play was performed in Greece and abroad through a series of sold-out performances.

Changing the lives of blind children, one football at a time

Like many millions around the world, Greece’s Elias Mastoras loves football.  Unlike anyone else, he found a way to share his passion with blind children not only allowing them to play and enjoy the “beautiful game,” but also to participate more fully in social life.  For his innovation, persistence, and global effort he was recognized as an emerging leader with the 2022 Tällberg-SNF-Eliasson Global Leadership Prize.

Someone once commented, “Some people are do-gooders. Elias Mastoras is a good doer.” Five years ago he had an epiphany that led him to create an innovative way for blind children to participate fully in the world’s most widely played game.

Mastoras had worked for two decades in blind football when one day he met a child named Leandros who had lost his vision at the age of two. Mastoras offered him a football developed for blind adults, one equipped with sound devices so that players can hear it even when it’s spinning through the air. But there was a problem: the football weighed more than half a kilo, making it too unwieldy for children to use.

So Mastoras developed a miniature, lightweight ball designed with bells inside for audible tracking suited for children.  He also helped develop rules appropriate for children who are visually impaired, and began helping blind children develop their football skills.  But then he had a second epiphany: blind or visually impaired children and their schools should not have to purchase the balls; they should be freely available.

To fund the effort, Mastoras’ non-profit Youthorama developed the “A Ball for All,” campaign through which balls are donated to blind children around the world so that they can play football. In the first four years of the campaign, more than 8,500 child-size blind footballs were distributed across 213 countries.

While the mini-football campaign continues to expand around the world, Mastoras is leveraging what he has learned so far to develop new initiatives.  For example, he is working as IBSA Blind Football Chairperson to get blind female footballers into the Paralympics to be played in Los Angeles in 2028. His vision, though, is broader: to create more and different opportunities for blind children to engage fully with their communities.

Learn more about his work at www.aballforall.com