For her persistent, innovative leadership in developing new approaches to human/wildlife interaction at a time when the danger of zoonotic diseases is rising worldwide 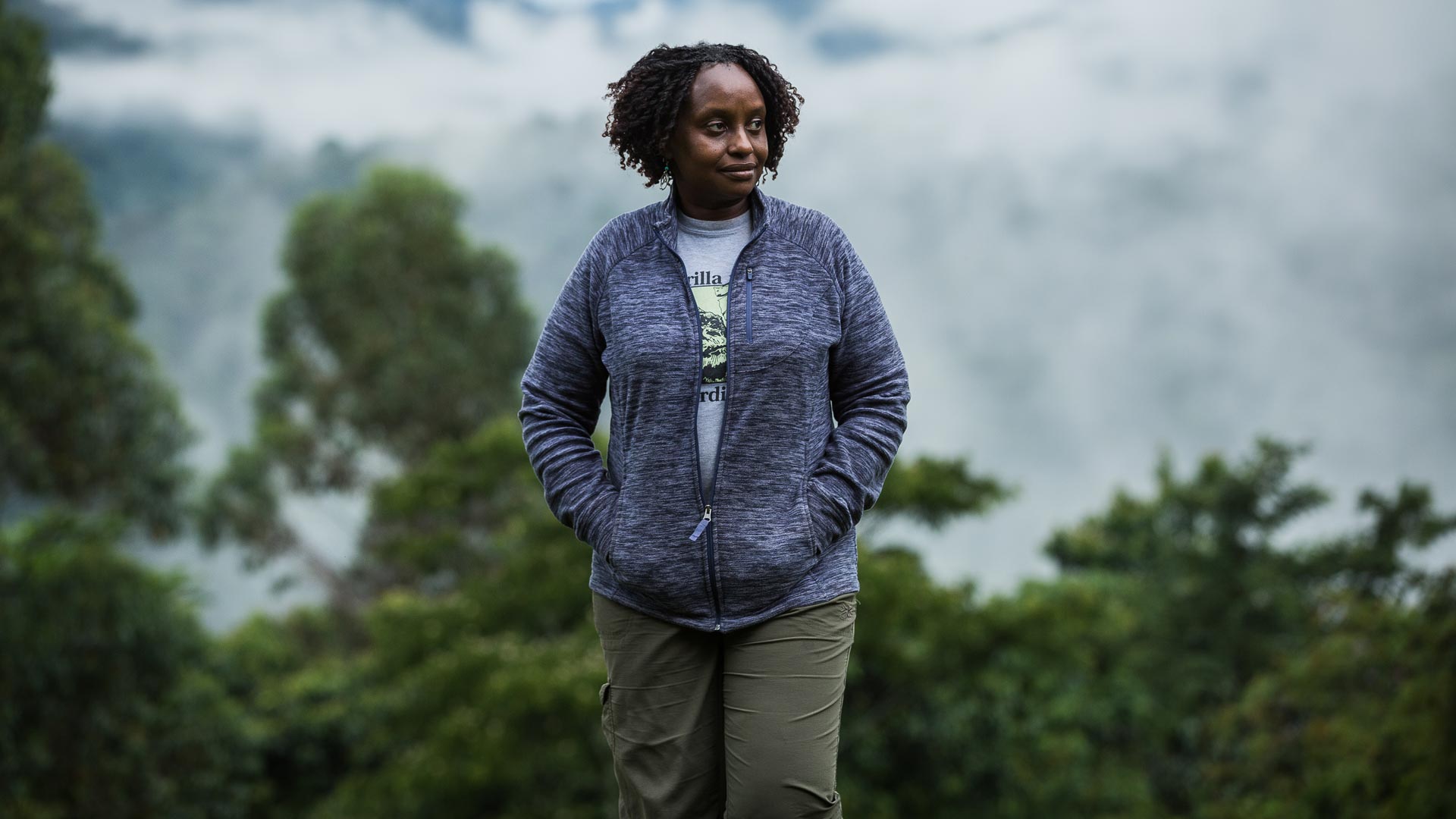 Dr. Gladys Kalema-Zikusoka is the Founder and CEO of Conservation Through Public Health (CTPH), an award-winning NGO that protects endangered gorillas and other wildlife through One Health approaches.

After graduating from the Royal Veterinary College, University of London, in 1996, she established Uganda Wildlife Authority’s first veterinary department. In 2000, she did a Zoological Medicine Residency and Masters in Specialized Veterinary Medicine at North Carolina Zoological Park and North Carolina State University, where her master’s research on disease at the human/wildlife/livestock interface led her to found CTPH in 2003. In 2015, she founded Gorilla Conservation Coffee to support farmers living around habitats where gorillas are found.

Dr. Gladys Kalema-Zikusoka is a National Geographic Explorer, an Ashoka Fellow and Mulago Foundation Henry Arnhold Fellow. She has won a number of awards through CTPH and Gorilla Conservation Coffee that improves the quality of life of people and wildlife to enable them to coexist in and around protected areas in Africa.

These include the 2008 San Diego Zoo Conservation-in-Action Award, 2009 Whitley Gold Award; 2011 WINGS Women of Discovery and Exploration Humanity Award, 2017 President of Uganda’s Golden Jubilee Award for her contribution to the nation as a conservationist and veterinarian on Women’s Day, 2018 Sierra Club EarthCare Award, 2019 Finalist for the Tusk Award for Conservation in Africa and 2020 and 2021 Finalist for the Tallberg Eliasson Leadership Prize. She won the 2020 Uganda Veterinary Association World Veterinary Day Award focussed on One Health approaches and the 2020 Aldo Leopold Award for Mammalogists. In 2021 she was recognized by Avance Media among the 100 most influential women in Africa and won the UNEP Champions of the Earth Award in the category of Science and Innovation. She is the winner of the 2022 Edinburgh Medal for her work in Planetary health.

Dr. Gladys is on the leadership council of Women for the Environment in Africa, Chairperson of the Africa Chapter of the Explorers Club and Vice President of the African Primatological Society. She has sat on a number of Boards including Uganda Wildlife Authority, Uganda Wildlife Education Centre, Wildlife Clubs of Uganda, Bwindi and Mgahinga Conservation Trust, Buganda Heritage and Tourism Board, The Gorilla Organisation and was recently appointed to the Population Connection Board. Dr. Gladys is also a member of the World Health Organisation Special Advisory Group for the Origin of Novel Pathogens (WHO SAGO) and advisory committee member for the International Livestock Research Institute One Health Research, Education and Outreach Centre in Africa.

Dr. Gladys has shared lessons from her leadership journey through a book “Walking with Gorillas” coming out in February 2023.

Dr. Gladys Kalema-Zikusoka, Founder, Conservation Through Public Health, is a winner of the 2022 Tällberg-SNF-Eliasson Global Leadership Prize.  The jury recognized her persistent, innovative leadership in developing new approaches to human/wildlife interaction at a time when the danger of zoonotic diseases is rising worldwide.

In 1996, Dr. Gladys, as she is known locally, became the first veterinarian at Uganda Wildlife Authority and one of her tasks was to attend to the mountain gorillas in Bwindi Impenetrable National Park. At that time there were only 650 mountain gorillas left in the wild and about half of them lived in the park. When scabies, a common skin disease, broke out in the village next to the park, it spread to the gorilla population. An infant gorilla died and the rest of the critically endangered animals only recovered with treatment. That tragedy helped Kalema-Zikusoka conceive of an integrated strategy for helping people and wildlife coexist.

In 2003, she founded Conservation Through Public Health (CTPH) with her husband, Lawrence Zikusoka, a telecom specialist, and Stephen Rubanga. Through CTPH, Kalema-Zikusoka envisioned a more holistic way of improving the health and livelihood of local populations in Africa’s protected areas and wildlife-rich habitats. Traditional conservation in the region focused almost exclusively on the wildlife and their habitats, seldom involving nearby communities.

Dr. Gladys’s work forged new ways of collaborating between the sustainable development community, the Ministry of Health, and people living adjacent to Bwindi Impenetrable National Park. The CTPH’s innovative approach spawned programs to improve the hygiene practices of villagers and encourage entrepreneurism connected to the park. The result was improved health conditions and a decline in hunting and poaching as locals discovered ways of making money from tourism.

Today, the park’s gorilla population has nearly doubled and the impact of CTPH has spread beyond the borders of Uganda. Today, Kalema-Zikusoka’s work is being replicated in ﬁve other East African countries, integrating family planning, human health, and environmental issues to create innovative solutions to conservation and poverty. She hopes to bring this multi-disciplinary approach to other habitats, including savannahs and mountains, where CTPH has started engaging local partners, as well as other continents.

Another focus of CTPH is responsible tourism. CTPH spearheaded a policy brief sharing their lessons learned with 13 African countries with indigenous great ape populations. The aim is to ensure tourism and human interaction don’t endanger animal wellbeing, even as both tourism and local villages ﬂourish.

In 2015 Kalema-Zikusoka established Gorilla Conservation Coffee, a social enterprise providing above-market prices for responsibly sourced, high-quality coffee from 500 farmers bordering gorilla habitats. Once again, it’s a win-win: local populations are less dependent on the forest for fuel and food, and part of the proceeds are reinvested back into the conservation efforts of CTPH.

Indeed, that’s the key to Dr. Gladys’s success as a leader: she identiﬁes strategies to assure that seemingly competing interests are aligned and then executes with imagination and persistence.

Listen to the New Thinking for a New World podcast episode, Live and Let Live, with Gladys Kalema-Zikusoka
This site uses cookies to offer you a better browsing experience. Find out more on how we use cookies: Cookie policy.
ALLOW DO NOT ALLOW SETTINGS
Manage consent