Elia Ana Lovera Gonzalo (Lala), Venezuela, for her passionate and positive fight against the poverty and, especially, the loss of education that risk condemning Venezuelan refugees living in host communities to wasted lives. 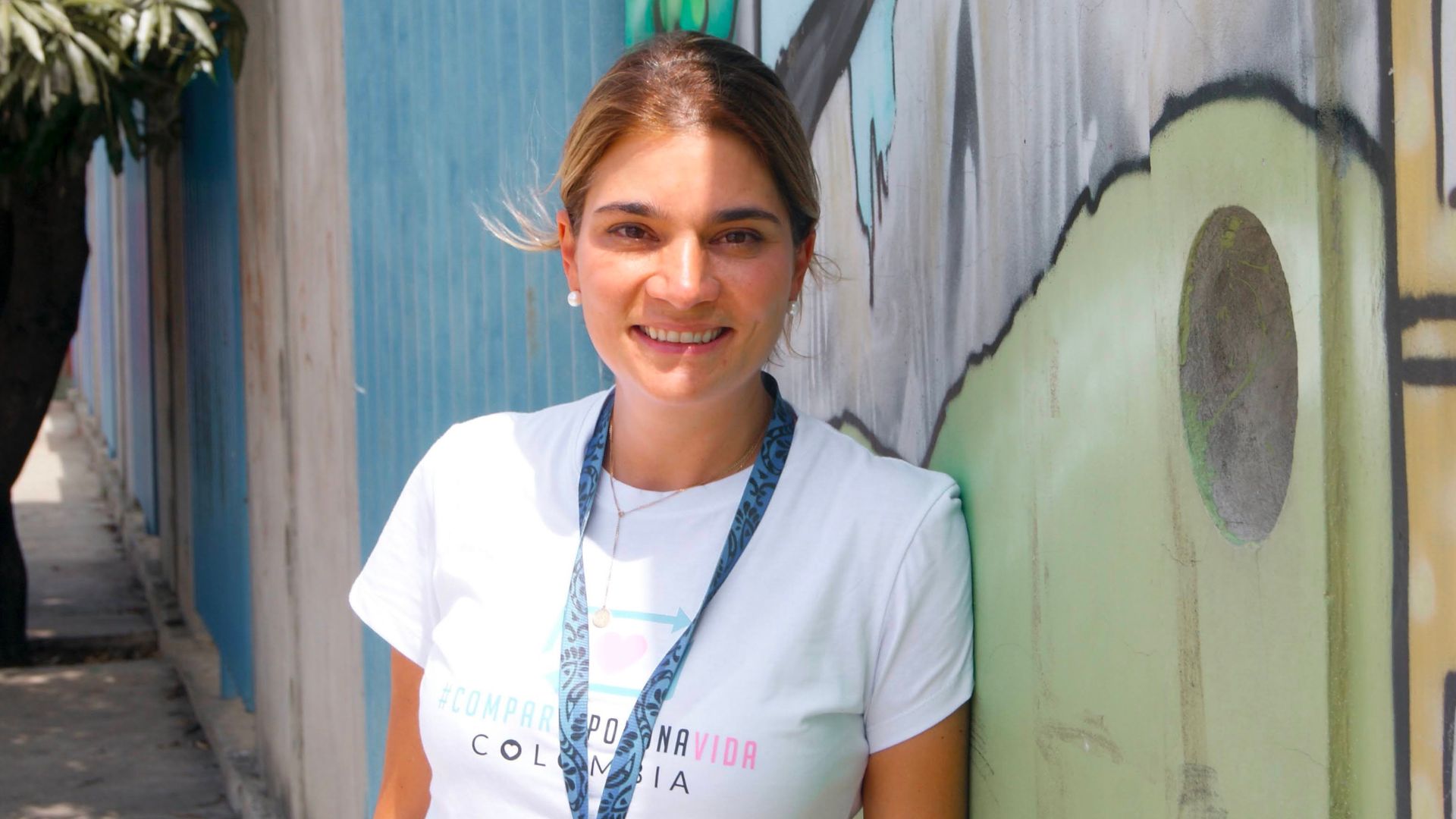 Lala Lovera is Venezuelan national that has lived in Colombia for more than 11 years. She has more than 17 years of experience in the social sector focusing on children, youth and mothers.

She is a member of the Boards of Directors of non-profit organizations interested in generating alliances and sustainable intervention models.

Lala is the founder of the Fundación Comparte Por Una Vida, Colombia. She is committed to implementing solutions that contribute to the stabilization of Venezuelan migrants in Colombia and their potential. Lala is part of multidisciplinary advisory teams in NGO’s, academia, public and private sector organizations, media, etc.

Before Fundación Comparte Por Una Vida, Colombia, Lala worked for more than seven years, coordinating and leading teams and programs to restore the rights of children growing up in the Colombian protection system, focused on adoption and programs for pregnant mothers in the Casa de la Madre y El Niño Foundation in Bogotá.

Her commitment and advocacy has led her to participate in different forums and webinars on philanthropy, migration and vulnerable children. She also has extensive experience leading and participating in volunteer activities with civil society and students, including organizing donations, workshops and field activities with beneficiaries.

Lala obtained a degree in Education in Caracas, Venezuela, and has a specialization in Social Management. She also has completed her studies on International Cooperation and Corporate Social Responsibility.

Currently, Lala is working towards ending the cycle of malnourishment of migrant families affected by the Venezuelan crisis by helping them get out of poverty by supporting the development of stronger communities and enabling Colombia, as a host country, to lay the foundations for sustainable growth and greater prosperity, specifically in Norte de Santander, Villa del Rosario, Cúcuta and Cartagena, with the intention of replicating the model in Bogotá and Medellín.

Like millions of her fellow Venezuelans, Lala Lovera knows what it is like to build a new life in another country. When she discovered that too many refugees in her new home of Colombia lacked access to adequate food, shelter and education, she launched Fundación Comparte Por Una Vida Colombia (CPUV Colombia). Only four years old, the Foundation has already built a reputation for innovation and impact, particularly in education. That’s why she was recognized as a winner of the 2022 Tällberg-SNF-Eliasson Global Leadership Prize, Emerging Leader category.

Massive movements of people fleeing economic, political, social and climate distress is increasingly a characteristic of our era, with awful consequences for refugees—especially children. Multinational organizations and large NGOs do their best to cope, but often the most effective, innovative approaches are developed by individuals whose humanity drives them to act; that’s the story of Lala Lovera.

In 2016 Lovera was part of a civil society initiative to reduce child malnutrition in Venezuela, but the migration crisis that developed at Venezuela’s border with Colombia forced her to look for broader answers. In 2018 she led a team of Venezuelans and Colombians to launch Fundación Comparte Por Una Vida Colombia whose purpose is to increase well-being and protection for migrants as well as host communities in Colombia. Lovera has led the effort to establish and fund the organization as well as to develop programs tailored to the needs of the Venezuelan diaspora; in the process, she has established an increasingly visible profile as a front-line, hands-on expert on migration.

The Foundation promotes innovative and sustainable solutions focusing on food security, quality and permanence in education, hygiene and access to water and social integration. This multifaceted approach is particularly aimed at the most vulnerable: infants, girls, young pregnant women, and families at risk. Notably, the programs CPUV Colombia operates in schools benefit both Venezuelan and vulnerable Colombian students.

As bad as conditions were in 2016, by 2020 Covid was making them worse – with shutdowns now preventing children from accessing critical academic and nutritional supports at school.  Again, time for innovation. The Foundation launched the online and in-person “Stay in School” initiative to ensure children and families maintained access to nutritional support, learning opportunities, and public and mental health resources amidst the disruption of the pandemic.  As a direct result, drop-out rates among students at participating schools declined from thirty percent to just under ten percent—at a time when drop-out rates were soaring across the Americas due to school closures.

Lala also took her leadership to a new scale, playing a vocal role in a coalition of education advocates working to safely reopen schools for all students in Colombia.

Learn more about his work at cpuvcolombia.org