For his innovative work in creating and implementing new, concrete concepts and ways of working for law practitioners that focus on solving people’s real needs and thereby reinforce their commitment to democracy 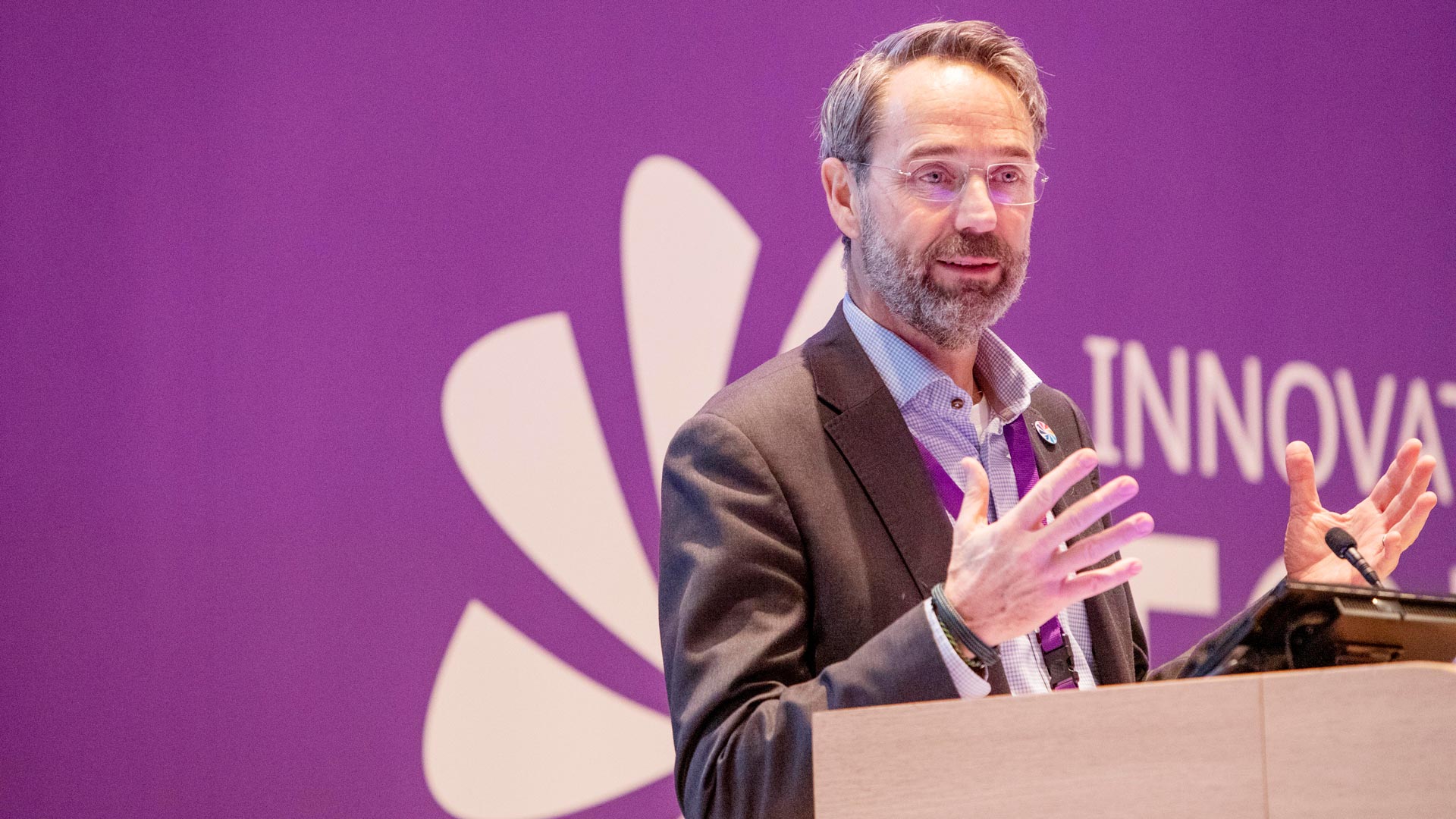 As a UN and later ICC official I saw the effects of conflict and wars. These situations show when systems designed to protect human dignity don’t work. Some of what I saw was extreme, I know. But I carry it with me to keep myself focused on what matters: effective justice systems that support human dignity, every day, for everyone.

The truth is: they don’t deliver what is needed. The prevention and resolution of justice problems must significantly improve. Justice systems must and can offer much more value than they do now. My father worked on public health systems. They are my example: access to health and the quality of prevention and curing is constantly improving. Access to justice is not.

The Task Force on Justice, to which I was an adviser, estimated that 5.1 billion people do not have adequate access to justice. Data shows that on average, in a country or city of 8 million people around 1 million people have a justice problem. Only around a third of those justice problems are resolved. For the rest, people are still waiting or have given up. Only a small group of people make use of courts and lawyers. Satisfaction with the solutions provided is generally not very high. I have also seen firsthand how most organizations that make up the justice system are resistant to learning, changing, and innovating. How they focus too much on themselves and not enough on the people they are supposed to serve. How they are not being sufficiently held to account for delivering outcomes.

The effect of that is huge. People suffer in key relationships relating to family, livelihood, housing, safety and security, and community. Social cohesion and trust decline. It also has big negative economic consequences. Making the huge societal and economic changes needed for climate and nature cannot be managed without well-functioning conflict prevention and resolution systems.

I have however also seen firsthand that positive change is possible, having worked at the forefront of developing the Yugoslav Tribunal and the International Criminal Court, where many people came together effectively to develop a new justice mechanism. I also saw it as the founding director of the Wildlife Justice Commission, a new kind of accountability mechanism to combat the urgent problem of wildlife crime. It is now a successful institution that is having a significant impact, helping justice institutions to be more effective. In HiiL’s work with a growing group of ministers of justice, chief justices, leaders from the civil service, representatives from civil society organizations and even some businesses we see an increasing recognition of the problem and a desire to do things differently. To implement people-centered justice.

This can only be done in partnership. Using the power of difference. Involving others, besides lawyers.

With HiiL and a growing group of partners, we are working to improve justice systems and to implement a more data-driven, evidence-based, and innovative focussed way of improving the delivery of justice services. We call it people-centered justice programming. Working on the basis of justice epidemiology: data about the justice needs and experiences of people. Using that to define the outcomes that are needed. Working on the basis of ‘what works: best practices for preventing and resolving disputes that are collected and shared. Innovating so that the interventions that work best can be delivered to as many people as possible, user-friendly, when they need them, and against a sustainable funding model. Working with justice sector leaders to create an enabling environment for this: political will, the right regulatory framework, resources, and partnerships. And building a wider movement to sustain this.

The Justice Leaders, which I helped found, support this effort. The group is made up of leaders who have served at the highest level and have first-hand experience of what it takes to transform justice systems so they better meet the needs of people, societies, and economies. They work together – mostly behind the scenes – to support Ministers of Justice, Chief Justices, Attorney Generals, senior public officials, and others at the forefront of trying to improve a society’s ability to provide justice for all.

Dr. Sam Muller is the founding director of HiiL (The Hague Institute for Innovation of Law), headquartered in The Netherlands. He was named a winner of the 2022 Tällberg-SNF-Eliasson Global Leadership Prize thanks to his work in driving transparency in legal systems and developing ways of increasing access to justice for populations around the world (SDG 16) through innovation.

Muller is a self-described “justice junkie.” He spent his early career in international law working in hot zones like the Gaza Strip, then moved on to work with the Yugoslav Tribunal and the International Criminal Court in the Hague. Those experiences left him convinced that justice systems could offer much more value for everyday people seeking fair outcomes in legal matters.

Sam’s passion for justice was shaped by stories of two family members who lost their lives in World War two, an uncle and his grandfather. They did not get justice. He studied law, specializing in international law, and joined the UN as a way to work on justice.

Sam was closely involved in setting up the International Criminal Court, as adviser to the negotiators and one of its first staff members. Gradually he experienced limits to what the international level could do. Wasn’t the best way to stop atrocities that come to the international tribunals to find ways to make national justice systems deliver more and better justice?

So he left the UN system in 2005 to set up HiiL. Over the years, with the help of many, HiiL contributed to developing an approach to increasing justice delivery that is grounded in data about the justice needs and experiences of people, opens up for innovation, and that actively engages justice leaders and diverse stakeholders to make the change. It is now called the people-centered justice approach. Sam helped develop innovations himself, like the Wildlife Justice Commission to combat wildlife crime. He set up the Justice Leaders, an organization that helps leaders better understand and make the change that is needed. The single focus of his work remains the unshakeable belief that justice systems can and must deliver much more than they do and that we cannot continue with business as usual.

An estimated one billion justice problems arise every day globally and an astounding 60 to 70 percent are never resolved. To turn those numbers around, HiiL developed “justice needs and satisfaction surveys,” instruments that study a legal landscape and identify gaps. These surveys enable the creation of more people-centered justice, ensuring equal access through collaboration based on facts among public officials, sector professionals, entrepreneurs, and investors. This means justice that’s affordable, accessible, and readily understood. To make that transformation we must put people and the outcomes they need at the center not institutions and existing procedures. HiiL helps legal practitioners build and scale solutions that allow people to resolve or prevent their justice problems. This means more people can get on with their lives faster, enhancing their personal well-being and the well-being of local economies.

How does HiiL’s work look in real life? In Uganda, for example, Muller and his colleagues have created the Uganda Family Justice Catalogue. This treatment guideline combines identifiable best practices with evidence about what works to provide a more standardized, higher-quality way of solving family problems. HiiL also supports Ugandan justice start-ups by providing funding, training, mentorship as well as legal advice for creating successful businesses.

With technology and data insights at its core, HiiL continues to co-create and scale high-quality justice in countries around the globe.

Learn more about his work at www.hiil.org