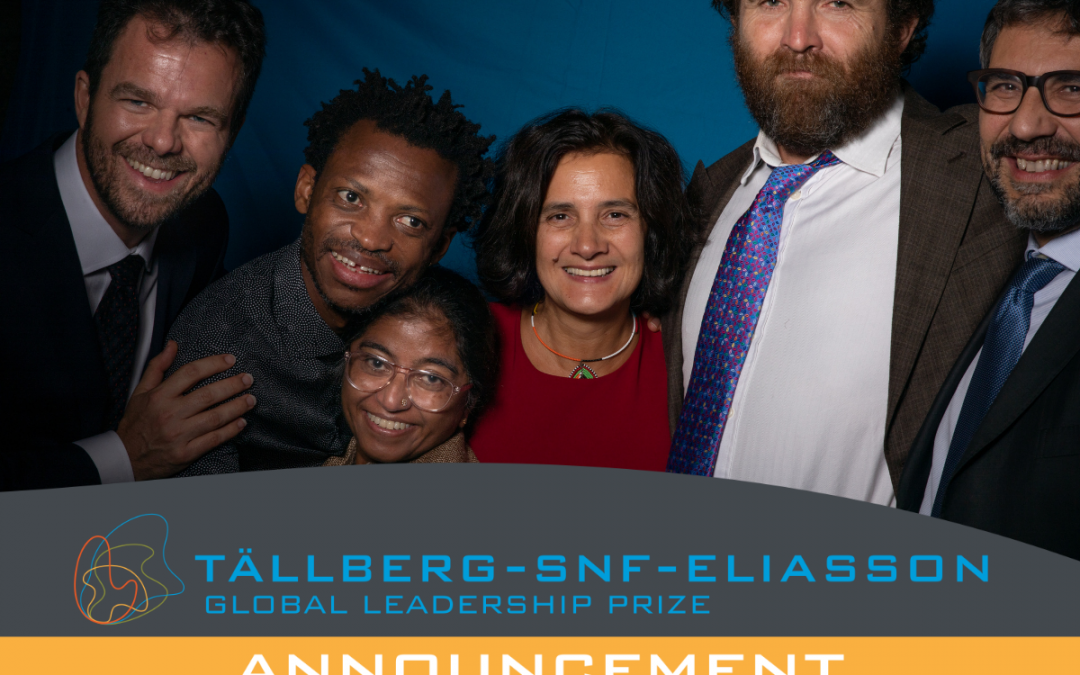 Nominations for this year’s awards will be open until May 24, and can be made by anyone, anywhere at www.tallberg-snf-eliasson-prize.org.

“The Tällberg Foundation is honored to collaborate with SNF in this effort,” said Tällberg Foundation chairman Alan Stoga. “We share a deep belief that the complexities and dangers of our world demand leadership that is courageous, innovative, rooted in universal values and global in ambition. SNF and Tällberg are working for the same goal: to make our dark world brighter.”

SNF Co-President Andreas Dracopoulos said, “SNF is proud to collaborate with the Tällberg Foundation in identifying and encouraging exceptional leaders. This is important not only in terms of these leaders’ own work, but also in terms of the potential they will help unlock in others around the globe. As we emerge from the pandemic, we need leaders who can seize the opportunity to inspire a better world.”

Since the Prize was launched in 2015, the Tällberg Foundation has honored almost two dozen leaders from a wide variety of countries, professions and experiences. The Prize was originally named in honor of Jan Eliasson—Swedish diplomat, former U.N. Deputy Secretary-General, and the epitome of a global action-oriented thinker.

Prize winners are honored not only for what they have already accomplished but for their commitment and capacity to continue seeking the kinds of positive change our societies demand. Winners receive a $50,000 honorarium and the opportunity to participate in the Tällberg Foundation’s global network.

The Tällberg Foundation also announced the creation of a special category of the Prize that will recognize rising leaders who have already demonstrated high potential and capacity, but the bulk of whose accomplishments are likely to be in the future. Each of these awards will carry a $25,000 honorarium.

“The logic behind this innovation is simple,” said Stoga. “We—Tällberg and SNF—believe we have an obligation, as well as an opportunity, to help accelerate the progress of emerging leaders.” Dracopoulos added, “Now more than ever, we need the vision and optimism of new leaders to carry us forward.”