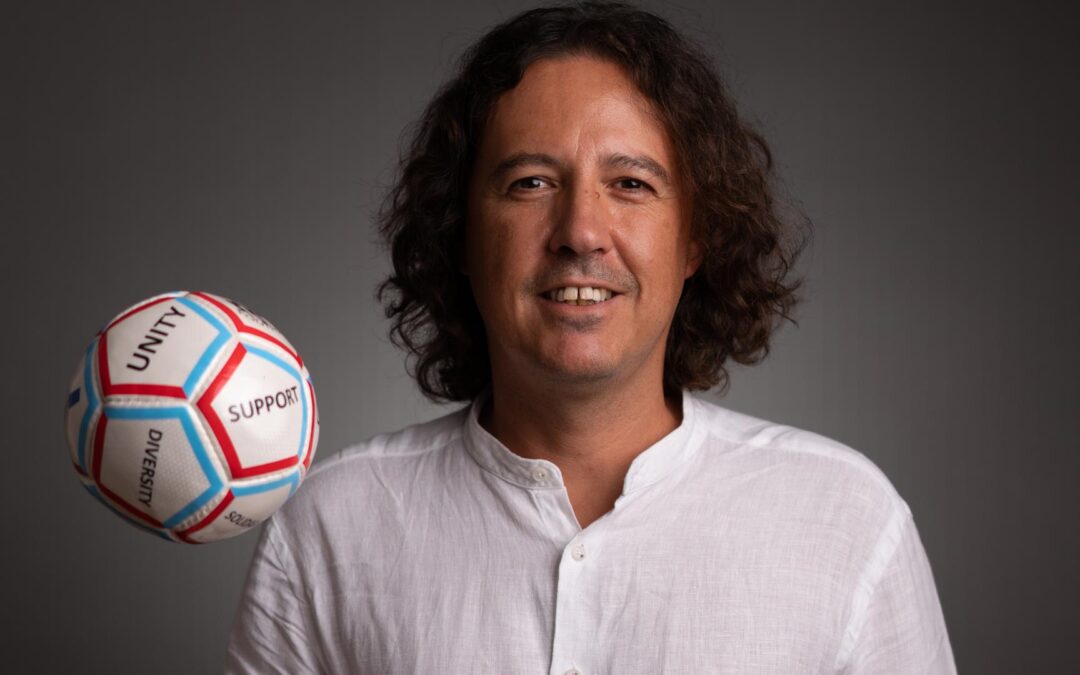 Changing the lives of blind children, one football at a time

Like many millions around the world, Greece’s Elias Mastoras loves football.  Unlike anyone else, he found a way to share his passion with blind children not only allowing them to play and enjoy the “beautiful game,” but also to participate more fully in social life.  For his innovation, persistence, and global effort he was recognized as an emerging leader with the 2022 Tällberg-SNF-Eliasson Global Leadership Prize.

Someone once commented, “Some people are do-gooders. Elias Mastoras is a good doer.” Five years ago he had an epiphany that led him to create an innovative way for blind children to participate fully in the world’s most widely played game.

Mastoras had worked for two decades in blind football when one day he met a child named Leandros who had lost his vision at the age of two. Mastoras offered him a football developed for blind adults, one equipped with sound devices so that players can hear it even when it’s spinning through the air. But there was a problem: the football weighed more than half a kilo, making it too unwieldy for children to use.

So Mastoras developed a miniature, lightweight ball designed with bells inside for audible tracking suited for children.  He also helped develop rules appropriate for children who are visually impaired, and began helping blind children develop their football skills.  But then he had a second epiphany: blind or visually impaired children and their schools should not have to purchase the balls; they should be freely available.

To fund the effort, Mastoras’ non-profit Youthorama developed the “A Ball for All,” campaign through which balls are donated to blind children around the world so that they can play football. In the first four years of the campaign, more than 8,500 child-size blind footballs were distributed across 213 countries.

While the mini-football campaign continues to expand around the world, Mastoras is leveraging what he has learned so far to develop new initiatives.  For example, he is working as IBSA Blind Football Chairperson to get blind female footballers into the Paralympics to be played in Los Angeles in 2028. His vision, though, is broader: to create more and different opportunities for blind children to engage fully with their communities.