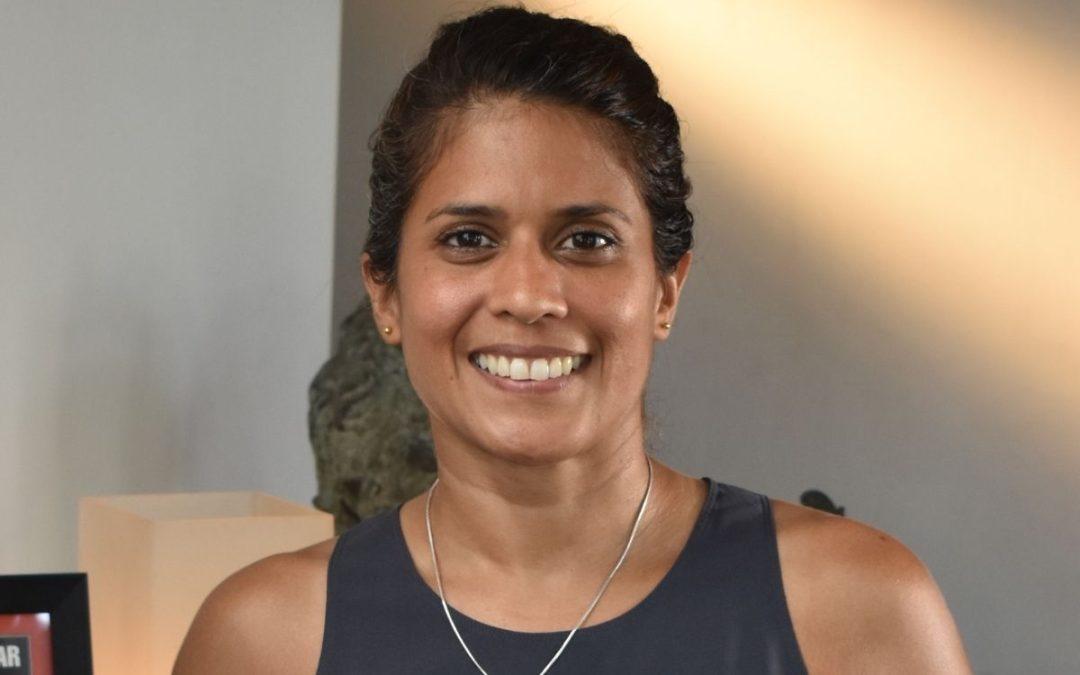 Asha de Vos, a winner of the 2021 Tällberg-SNF-Eliasson Global Leadership Prize, is almost single-handedly changing the global marine conservation game. At 24, she discovered a non-migratory population of blue whales in Sri Lanka—an animal as elusive as it is enormous—was subsequently named on BBC’s list of most inspirational and influential women in the world in 2018 and eventually became the first Sri Lankan woman whose portrait hangs in Oxford University’s Lincoln College for her outstanding marine conservation efforts. The focus of her work is not only protecting the oceans but ensuring diversity and equity and a local hero on every coastline.

“We need at least 50% of our global population working for the oceans,” says de Vos—assuring that, whatever our line of work, we impact the oceans, so we need to help everyone make better-informed decisions. De Vos believes the oceans need us now, and that you can become a local hero regardless of who you are, where you come from or what you do.

“I think local heroes are people who live locally, can see when a problem occurs, address it with locally-appropriate solutions, can communicate with the community, and is invested in the long-term.”

On top of her pioneering research on blue whales, she hosts many events like the Marine Conservation Conversations, an inclusive monthly science journal club for the public attended by everyone including, bankers, accountants, bakers, and even children. The goal of this particular event is to remind people that science is for everyone and to get them to be comfortable engaging with science. Each MCC focuses on one scientific journal article. “I pick a great story, good science, something engaging, and we just break it down together for an hour.”

Since becoming a marine biologist in a country where they were unheard of, de Vos has overcome local and global barriers and challenges in a field with a long-standing bias that privileges scientists from the Global North. “It started with me being told that I wasn’t good enough to do work in my own country – let alone the rest of the world. ”

Such comments did not stop her from launching the Sri Lankan Blue Whale Project in 2008 and subsequently founding Oceanswell, Sri Lanka’s first marine conservation, research and education organization, in 2017. Her nonprofit organization is an essential part of her life and work. “My job is to write myself out of a role,” says de Vos, “to nurture that next generation of ocean heroes and create endless opportunities for everyone, so that I can take a back seat, retire early even, and let them spin their magic for the sake of our oceans.”

Her leadership role has been widely recognized by institutions abroad as well as people in Sri Lanka. When she shared the news of her portrait being hung at Oxford, she received an outpouring of support. “People like you make me believe that I can, too.” Things have come a long way, and today more people than ever before are interested in a career in marine science or want to get involved in protecting our oceans.

However, there’s still much work to do regarding colonialism in science and conservation. De Vos says it involves her fighting “preconceived notions of what is possible from a person depending on where they come from, rather than what they can do.”

De Vos points out that colonial scientists travel to countries like Sri Lanka “do research and leave without any investment in the capacity or infrastructure on the ground.” This has many negative impacts. By changing the science game and finding sustainable conservation methods,  De Vos is opening the field for players from the Global South.

When asked what has encouraged her decades-long efforts, she answers, “What drives me is my personal story and a desire that my life should be useful to more than just myself”—adding that she has also learned much from her years on the ocean, and from the whales. “Everything from patience to vigilance, and expecting the unexpected.”

She knows that conservation is a marathon, not a sprint and that bridges must be built, not burned, to leave a legacy of empowering the new generations of diverse ocean heroes.