Looking for Global Leaders at AUC 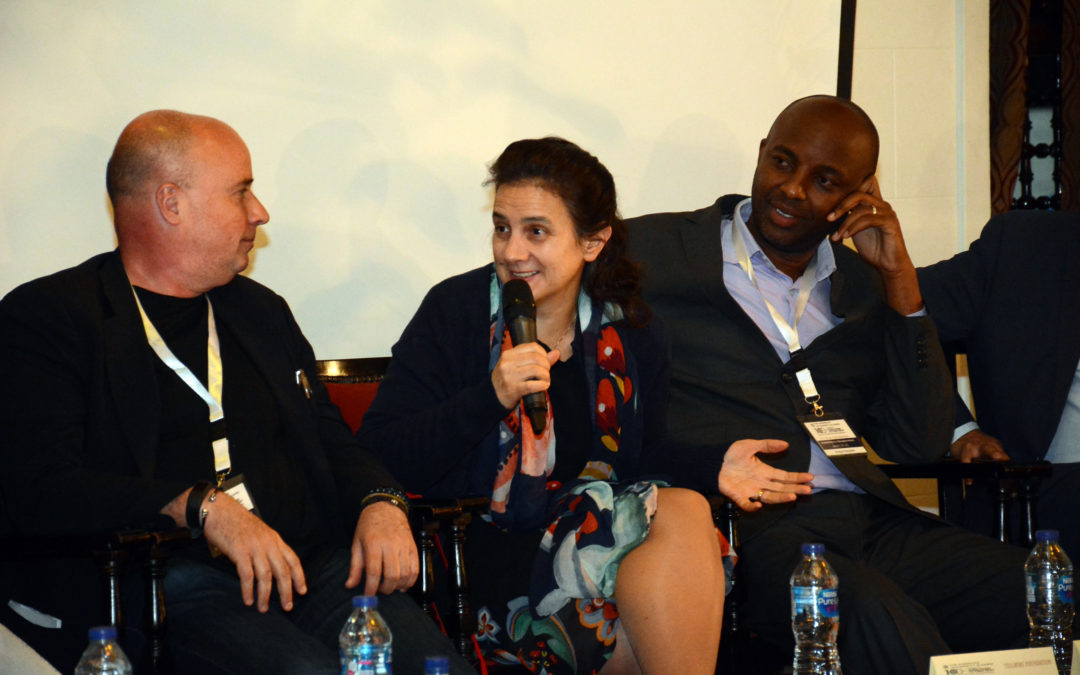 What do geopolitics, new thinking about innovation and design in Namibia, and mass migration have in common? Two things, at least earlier this month at the American University of Cairo. First, they were elements of an innovative workshop co-sponsored by AUC’s School of Global Affairs and Public Policy and the Tällberg Foundation for participants from around the world. Second, the common denominator in hours of conversation through two days of meetings was the overarching need for new kinds of leadership.

The Tällberg Foundation, domiciled in Sweden and the United States, exists to promote new thinking about the issues that are shaping global society. They chose AUC for their most recent workshop for several reasons. “We like to work with partners who are open to new thinking and who operate across disciplines and borders,” said Alan Stoga, Tällberg’s Chairman. “That makes the School for Global Affairs and Public Policy, under the stewardship of Nabil Fahmy, an ideal partner for us.”

Workshop on March 25 at the AUC campus

Workshop discussions centered on four main topics: Politics and power, order and disorder in the 21st century; Leadership in an age of disruption; Technology and society, for better and for worse; and Mass migration around the globe. Participants heard presentations from experts, and were encouraged not only to challenge what they heard, but to develop new ideas and new thinking about problems.

Helen van Wengen, who runs SEED Jordan, an NGO focused on social entrepreneurship, said, “The conversations were stimulating and thought provoking. I leave Cairo motivated to find new opportunities to have significant impact; the challenges can only be met if all of us are all engaged.”

That spirit of deep, purposeful engagement in the face of formidable challenges particularly permeated the discussions about leadership. The highlight was an intense panel discussion on global leadership featuring Sunitha Krishnan (an Indian leader in the fight against sex trafficking), Antonella Battaglini (an Italian who is working to create efficient electrical grids), Andreas Dracopoulos (Greek American who heads the Stavros Niarchos Foundation) and Kenyan Senator Irungu Kan’gata. They discussed challenges that had made them better leaders—from physical assaults suffered by Krishnan to a near electoral loss by Kan’gata. Perhaps more importantly, they talked about the need for leadership rooted in courage and in a concept of “service” rather than leading for its own sake.

GAPP’s collaboration with the Tällberg Foundation comes at a time when the Foundation is seeking nominations for its annual Tällberg / Eliasson Global Leadership Prize. This is an annual search for leaders who are innovative, courageous, dynamic, whose leadership is rooted in universal values and is global in orientation. Any student or faculty member can nominate a leader through the website: www.tallberg-snf-eliasson-prize.org. Prize winners will be honored at an event in Nairobi in November, will receive a stipend of $50,000, and will be incorporated into the growing worldwide network of Tällberg / Eliasson Global Leaders. Nominations must be submitted by May 4. 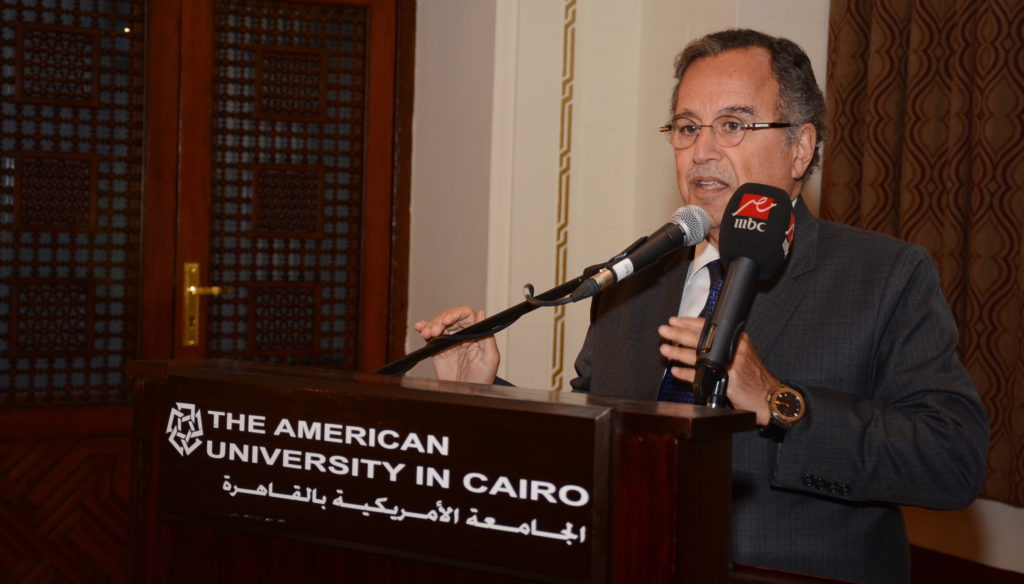 AUC’s Nabil Fahmy is serving as one of ten jurors from around the world who will select prize winners later in the year. “I am honored to participate in the Tällberg Global Leadership Prize process. In a time of great change, we need great leaders—and this Prize makes an important contribution to the kind of global conversation about leadership needed now more than ever,” according to Dr. Fahmy.