Dancer and choreographer, director and storyteller

Defining himself as a dancer, choreographer, director and storyteller, Faustin Linyekula lives in Kisangani, Democratic Republic of Congo. He is the founder of the Studios Kabako (2001), a space dedicated to dance, visual theatre, music and film. It also provides training programmes and supports research and creation, fostering Congolese artists so they can tell their own stories. In Kisangani, Studios Kabako is working with communities of the Lubunga district around environmental and sustainability issues as well as education. It asks: how to speak to a city from its most fragile part? Linyekula’s pieces are touring worldwide. In 2007, he received the Principal Award of the Prince Claus Fund for Culture and Development and in 2014, the first Prize of the CurryStone Foundation for the work developed with young artists and communities in Kisangani. He was also awarded the first Soros Arts Fellowship in 2018. He has been the associate artist to the city of Lisbon (2016) and to the Holland Festival (2019). 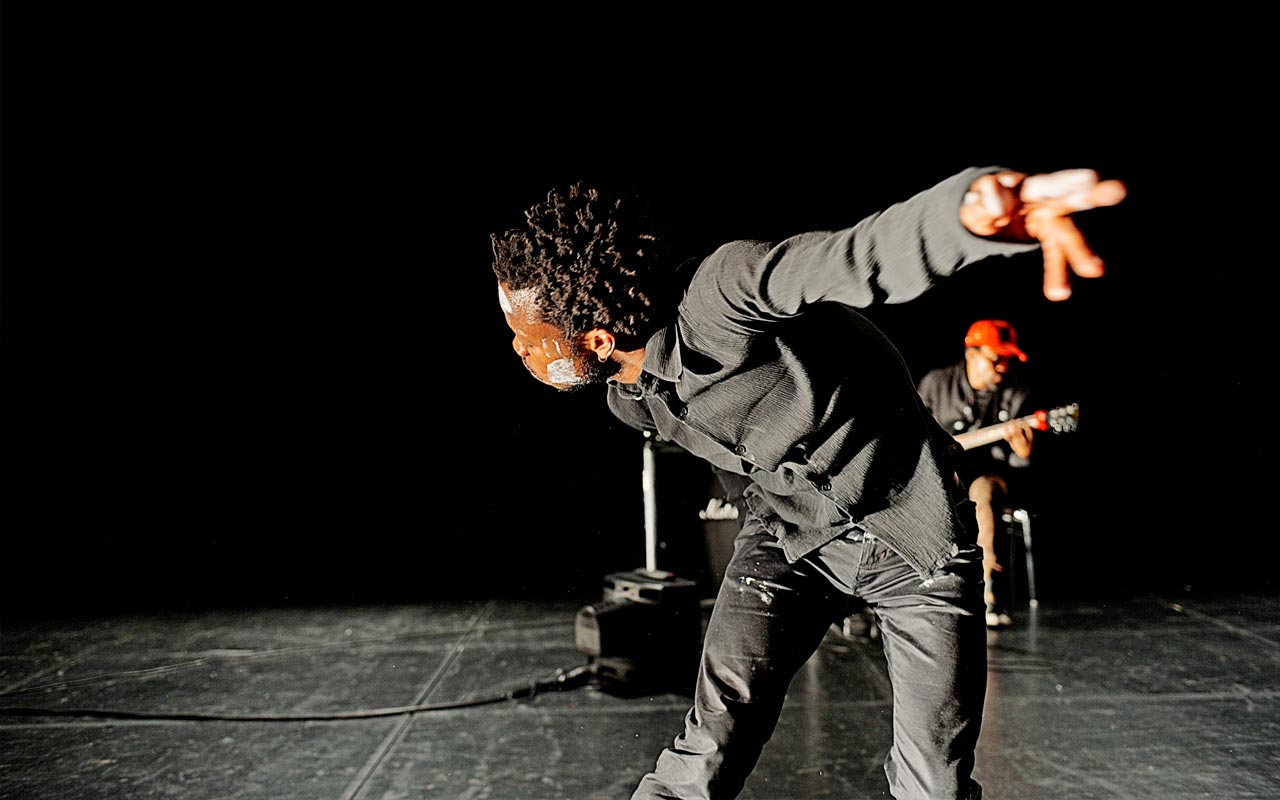 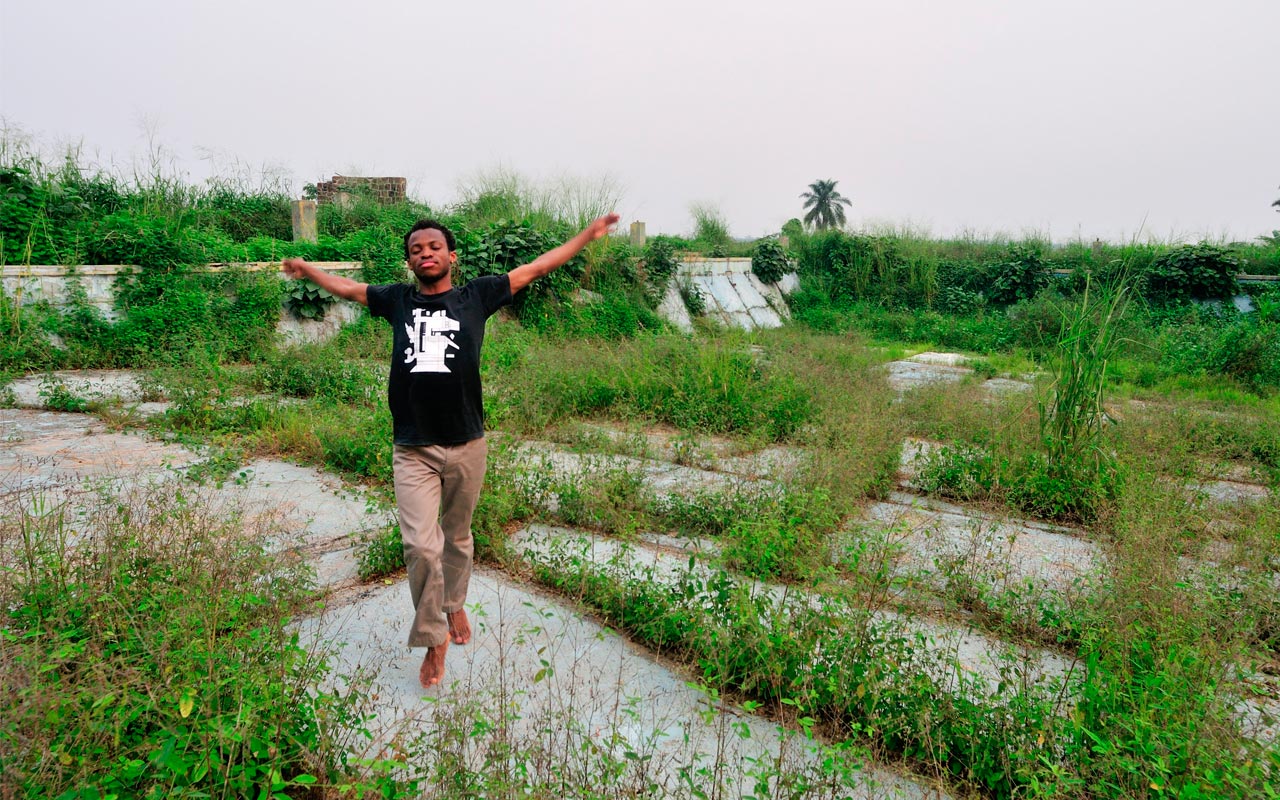 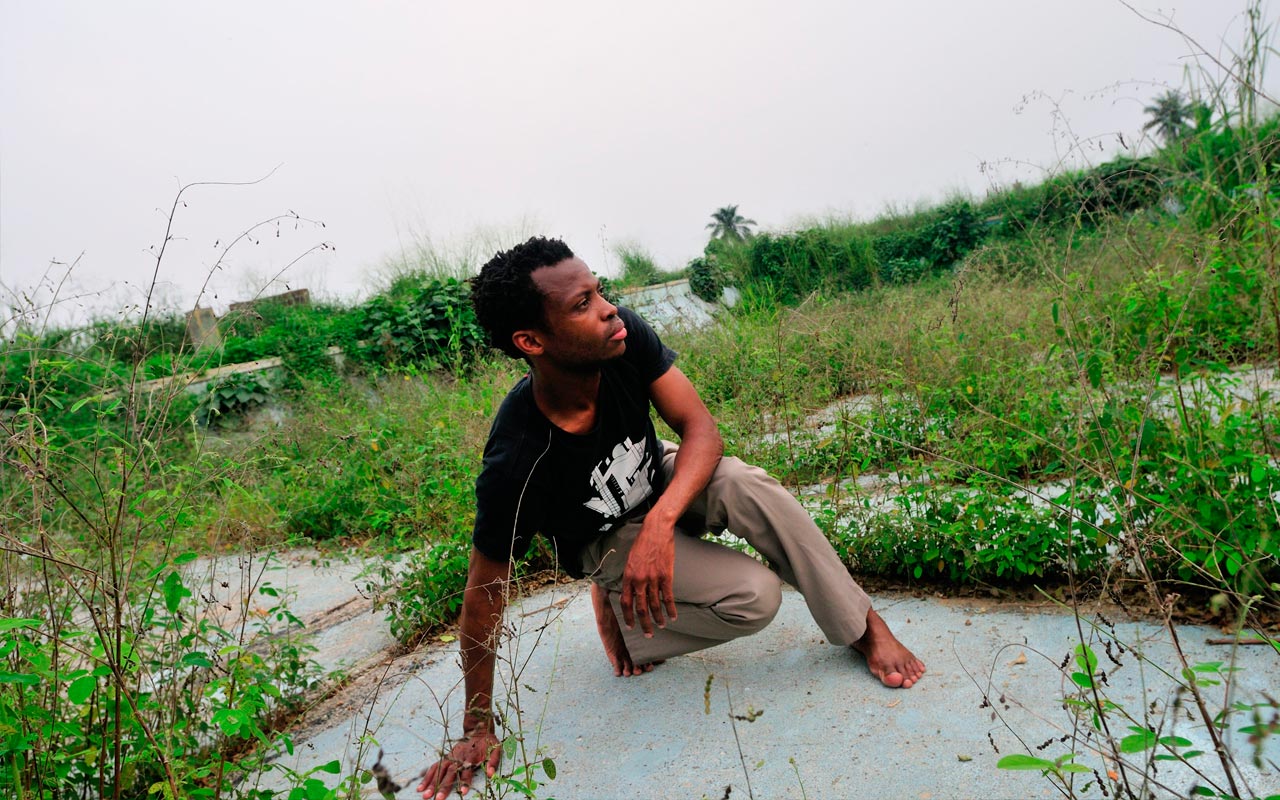 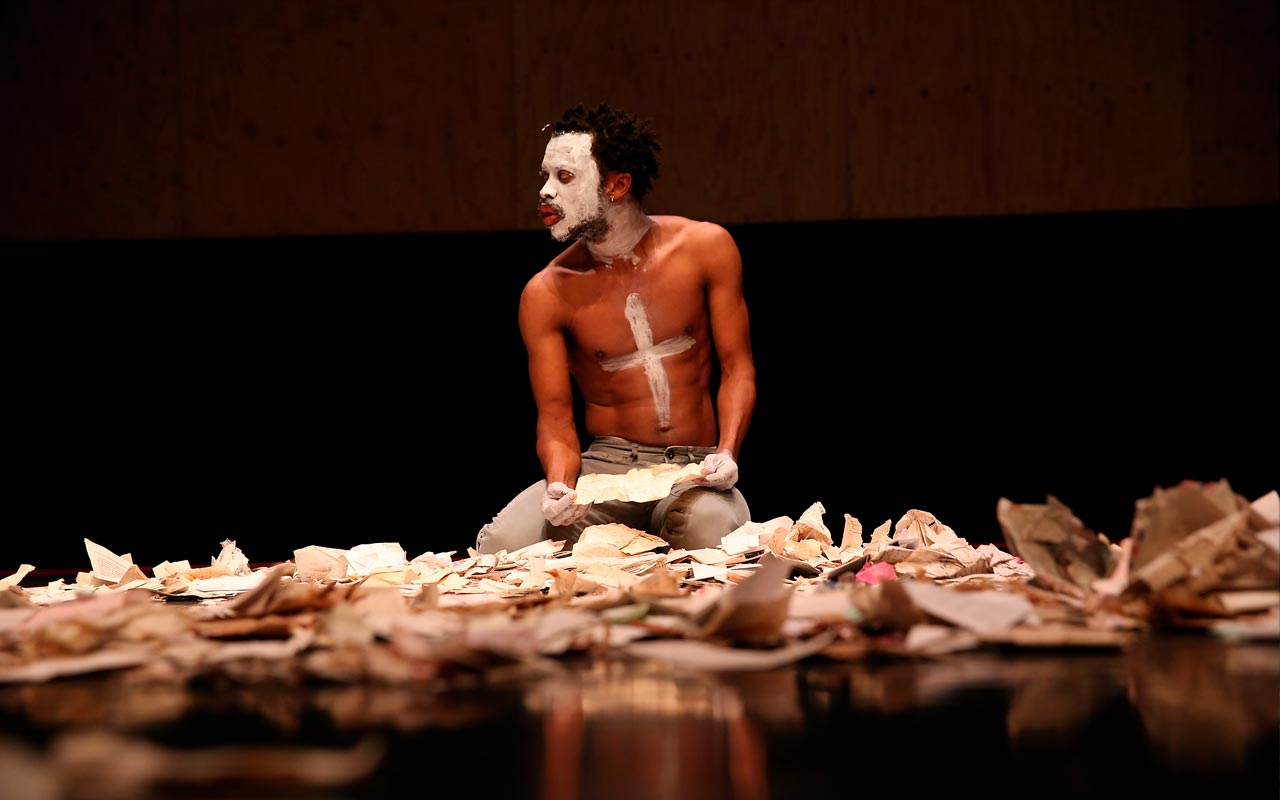 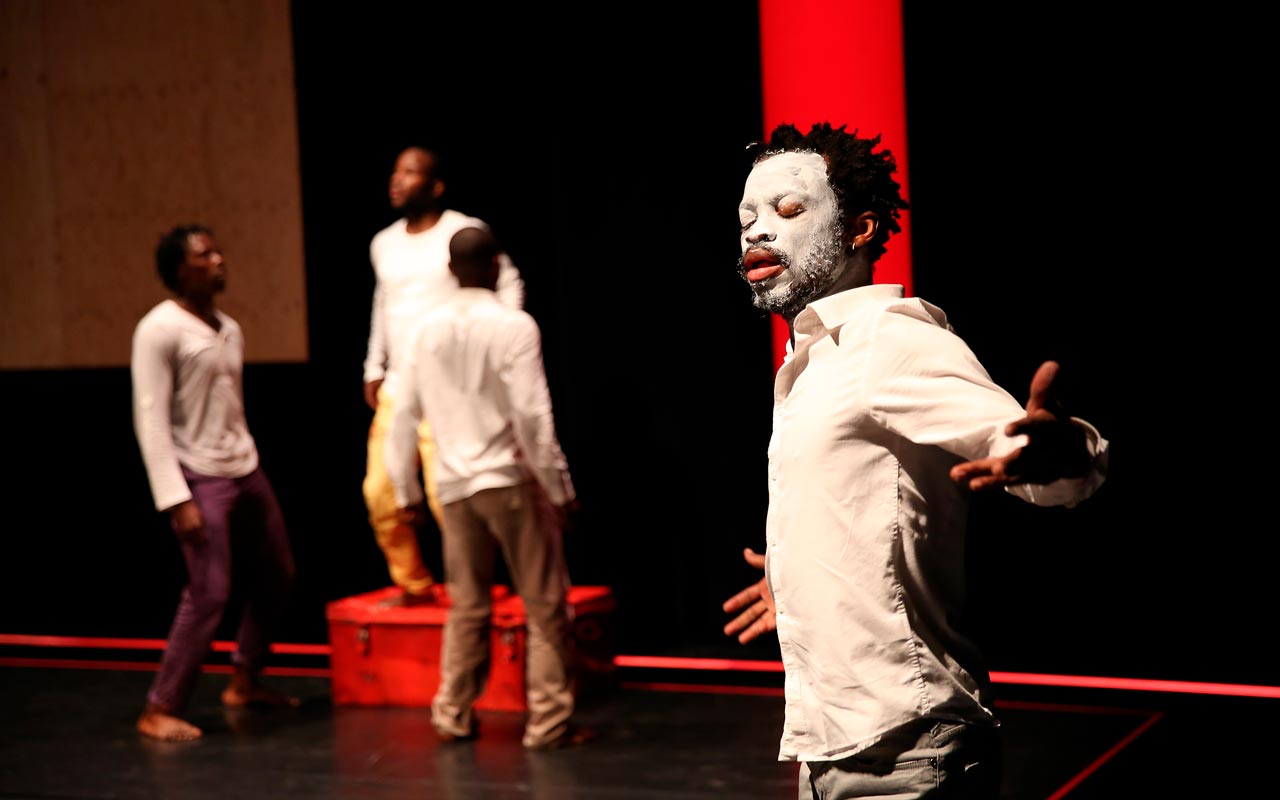 Dancer and choreographer, director and storyteller, Faustin Linyekula lives and works in Kisangani, North-East of the Democratic Republic of Congo, former Zaire, former Belgian Congo, former independent state of Congo. After studying literature and drama in Kisangani, he moved to Nairobi in 1993 and in 1997, with Opiyo Okach and Afrah Tenambergen, set up the Gàara company, Kenya’s first contemporary dance company.

Back in Congo in June of 2001, he founded in Kinshasa Studios Kabako, a space dedicated to dance and visual theatre, providing training programmes, as well as supporting research and creation. In 2007, Studios Kabako moved to Kisangani, North East of the country and opened up to new artistic fields: music, film and video. Mixing movements, texts, video and music is central to his practice and Linyekula’s work, eminently political, defies all classification. Infusing poetry into daily life, his work tells stories about Congo and how the troubled history of his country has dramatically affected the individual’s journey. Recollection, forgetting, and the suppression of memory – in his works, he addresses the legacy of decades of war, fear and economic crisis for himself, his family and his friends.

Within the Studios Kabako, Linyekula has created 18 pieces that have toured worldwide in Europe, Africa, Australia, South and North America. In 2019, he premiered Histoire(s) du Theâtre II at the Avignon festival and Congo, an adaptation of French novelist Eric Vuillard’s text at the Kunstenfestivaldesarts in Brussels. Other collaborations include a duet with German choreographer Raimung Hoghe (2009), as well as creations for the Ballet de Lorraine in Nancy (La Création du monde 1923-2012), for the Portugal National Ballet Company (2016) or for ICK Amsterdam and the Ballet de Marseille (2017).

Linyekula has also collaborated with museums, presenting performances at the MOMA (2012), at the Metropolitan (2017) in NYC, at the MUCEM in Marseille (2016) and at the Tervuren Museum for Royal Africa (2018). In 2016, Linyekula was associate artist to the city of Lisbon (Artista na Cidade Biennale) and was granted the Lisbon city’s Medal of Merit. Since 2018 and for three seasons, Faustin Linyekula has been an associate artist to the Manège in Reims (France). In 2019, he was associate artist alongside William Kentridge to the Holland Festival.

Alongside fostering younger Congolese artists in the field of performing arts, music and film, Studios Kabako is also working with communities of the Lubunga district in Kisangani on the South Bank of the Congo river, namely around the matter of drinking water, environmental and sustainability issues, as well as education. Studios Kabako poses the question of how to speak to a city from its most fragile part. Several educational and training programmes dedicated to children and young adults of the community have been implemented since 2015 and a water treatment pilot unit was launched in 2018.

In 2007, Linyekula received the Principal Award of the Prince Claus Fund for Culture and Development. He and Studios Kabako wereawarded the first Prize of the American CurryStone Foundation in 2014 for the work developed in Kisangani. Linyekula received the first Soros Arts Fellowship in 2018, a support that allowed him to train a group of 7 young people in cinema, from writing and shooting to postproduction, and to direct his first short film, A demain? Linyekula is currently editing his first feature-film, entirely shot in Lubunga in August.

Introducing Faustin Linyekula as one of our finalists

Change in Motion
MEET ALL WINNERS
This site uses cookies to offer you a better browsing experience. Find out more on how we use cookies: Cookie policy.
ALLOW DO NOT ALLOW SETTINGS
Manage consent