Nithya Ramanathan won’t deny that she loves engineering puzzles. “I just find them really fun to solve,” she says. “But ultimately I get pretty bored unless I’m solving that bigger, human-centered problem.” The computer scientist and C.E.O. of the non-profit Nexleaf Analytics is talking about really big problems here—climate change, pandemics, infant mortality—and about designing public health and environmental solutions based on data.

A finalist for the Tällberg Eliasson Global Leadership Prize, Ramanathan says she has been wired for this kind of work since childhood, when her climate scientist father’s outlook informed family dinner-table conversation. Since she co-founded Nexleaf in 2009, the company has focused on clean cook-stove technologies, vaccine temperature monitors, and improved NICU care, partnering with global stakeholders including WHO, UNICEF, and Gavi, the Vaccine Alliance, which operates in close coordination with the Bill and Melinda Gates Foundation.

On each project, cutting-edge data collection has been just the first step. What distinguishes Nexleaf, she says, is “the ability to put the right data in front of the right person, and have the right conversation at the right time.” She talks at length about the importance of building trust, not only with major institutions but also with the countries in which her diverse team of health, data science, software, and field experts work. “Nexleaf is probably the only data company, in terms of our competitors, who has a team in Tanzania, and in Nigeria, and in India. So when we go to the government, we’re represented by people from in-country,” the U.S.-born Ramanathan notes. “I don’t believe in Westerners attempting to solve global problems alone, especially when they resist engagement with experienced people on the ground or in the government.” 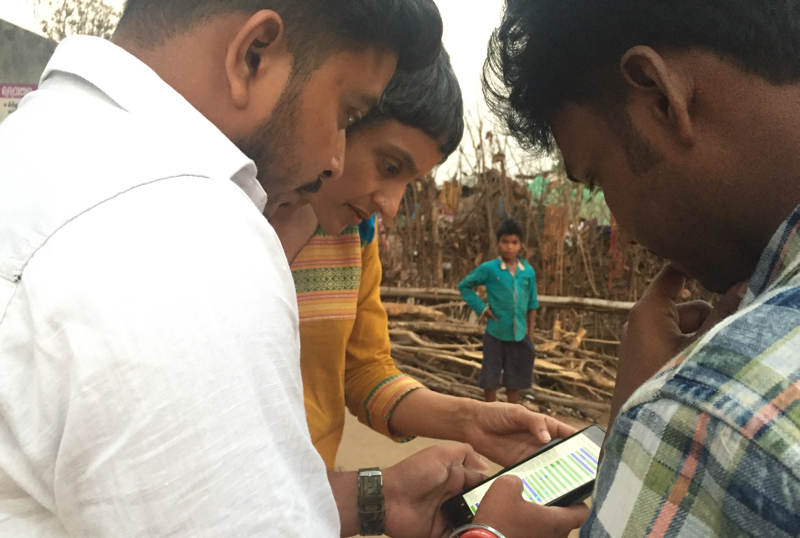 Like many in her field, she views Covid-19 as both crisis and opportunity. “It’s not enough if Nexleaf scales,” she says. “We need the entire immunization sector to be thinking differently about data, distribution, and equity.” As a result, her concept of leadership has evolved: “I actually see myself as a conduit of information, and continuing to be that voice of what is happening on the ground, in order to help design and affect how the money and resources flow globally.”

Aware of the security and privacy pitfalls surrounding data analytics, Ramanathan has long advocated that countries and households actually own the data Nexleaf collects, a belief that Gavi has now codified: “When we deploy a sensor in a household, or we deploy a sensor in a country’s supply chain, that is their resource.” She also knows that sensor-based data can be wrong; her PhD thesis was about faulty data from sensors.

But ultimately, she believes, “Data is a really incredible unifying force. And when everybody is able to look at the same blueprint, we can all quickly agree on what is happening, and what’s not happening. Even in households. When we go to a woman’s household and we say, ‘Oh, how has your clean cooking solution been working for you?’ Most often she will initially respond by politely telling us, ‘Oh, it’s fine. We love it. Thank you for the solution.’ But actually, when I or another Nexleaf team member pulls up the data dashboard to show to that same woman, and we say, ‘Oh, that’s so interesting. Because actually when you look at the data, we see that you weren’t using it every day, and that you stopped using the cook-stove two months ago. What happened?’ That’s when we get the real truth from the woman about what is working for her – and what’s not meeting her needs.”