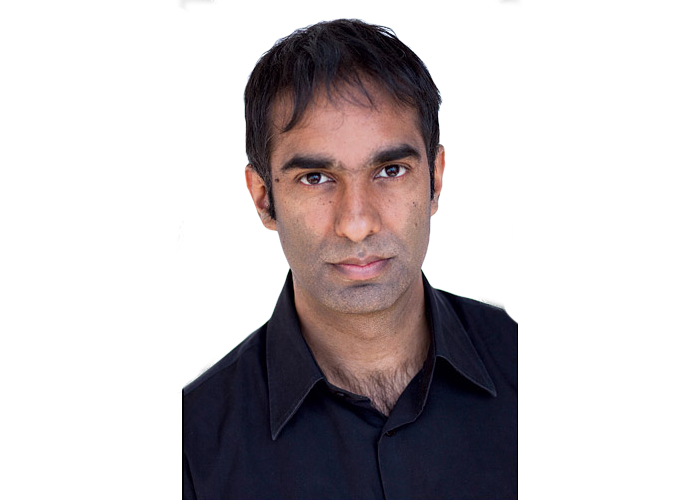 Curiosity. Audacity. Determination. A bit of heart. That how Jaykumar Menon describes the qualities that have propelled him, as he followed his teenage ambition “to positively affect the lives of tens of millions of people.” A lofty goal, which is now within reach. Five years ago, this international human rights lawyer, scholar, and social entrepreneur—and finalist for this year’s Tallberg/Eliasson Global Leadership award—launched what is now the Open Source Pharma Foundation, to make new instantly generic drugs.
“The medicines that we have are really driven by a very particular market system,” Menon notes. “Only five percent of human diseases have an FDA-approved cure right now. There’s just not the market incentive to address the majority [of them]…. And because of that billions of people are really left in the lurch.” Using open source principles, crowdsourcing, computation—in some cases AI—and a grassroots network of intellectual production, he is constructing an alternative approach.

With pride, he reports a big early victory: “We are in late stage clinical trials for a new therapy for tuberculosis and rather than spending $100 million, $500 million, which one might in a Big Pharma setting, we got there to the beginning of phase 2B literally off of my credit card—and it’s not a very large credit card,” he adds, with a smile. “So it was just a clever use of open IP and open principles.”

Menon began his legal career by exonerating a man falsely convicted of murder. He was the fifteenth lawyer to try to free David Wong. His solution to what seemed an unwinnable case? Find the real killer. It took him five years, and meant he had to quit his paying job, but he would not contemplate failure. In the public health arena, he is pushing another radically simple solution, to the widespread nutrition problem of iron deficiency. “Iodized salt reaches five billion people,” he says. “Two billion people don’t have enough iron, and we’re adding iron to salt.” The doubly fortified salt is already reaching over 10 million people.

For all his credentials—J.D. and master of international affairs from Columbia, a year of medical school at Brown, professorship at McGill’s Institute for International Development, funding from the Gates and Rockefeller foundations, etc.—Menon often operates as an non-expert, working “from first principles,” as he puts it. “These are outsider approaches, but it’s not rocket science. You can kind of understand some of the basics. You ally yourself with the experts and what’s missing is—it’s nobody’s job to solve world hunger. It’s nobody’s job to create affordable medicines. And sometimes just what’s needed is a vision and some skillful sheep-herding and pushing.”

Menon has many visions—“a sort of sea of ideas,” he calls it—such as the “SDG Olympics,” which would reward and glorify countries for reaching sustainable development goals. What keeps him from getting sidetracked is his methodology: “It’s to look at a problem that’s A) serious, B) affects a billion or more marginalized or underprivileged people, C) is subject to some kind of transformative change—it’s important to pick your spots wisely—D) through some kind of open innovation technique.” Those criteria satisfied, Menon’s job of sheep-herding and pushing begins.