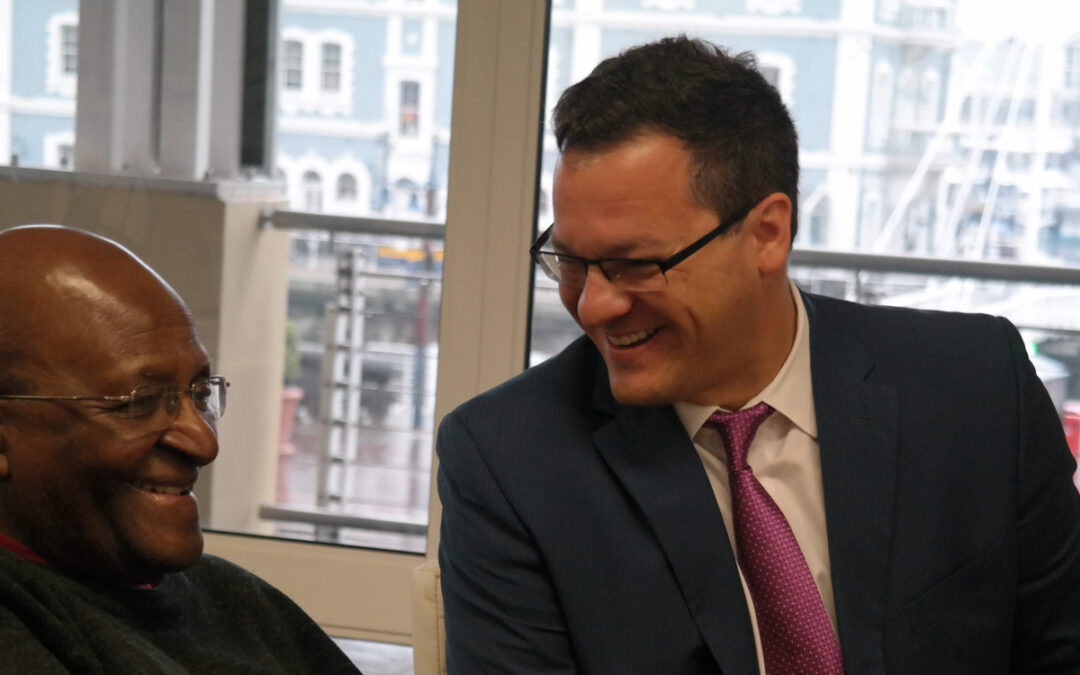 Jared Genser’s client list reads like a Who’s Who of democratic aspiration: Václav Havel, Desmond Tutu, Elie Wiesel, Liu Xiaobo, and Anwar Ibrahim to name a few. But the international human rights lawyer will never forget his first, James Mawdsley, who was imprisoned in Burma in 1999, with a 17-year sentence for handing out leaflets. “It was an amazing experience for me as a law student to get him out of jail and to be there when he arrived in London after 416 days in solitary confinement and watch him reunited with his family,” he recalls.

“I was kind of off and running from there,” he adds. “I knew I wanted to be an international human rights lawyer and I had my eye on the big prize, which was ‘How do I have the biggest impact possible and leverage the most support to do that, combined with a lot of flexibility and organic growth?’” About a decade later, this question would spur Genser to leave his partnership at the global law firm of DLA Piper, and found his own public interest firm, Perseus Strategies, LLC.

He credits DLA Piper with allowing him a lot of pro bono work, and also for a model that he uses today: “an asynchronous philanthropy model—small investments, large return,” as he describes it. “Although we may appear to be a small team … we are always working with partners all over the world, on the ground in the countries in which we work, as well as through other law firms.” Perseus looks to take on cases that will have a ripple effect, and to free political prisoners to continue their work. 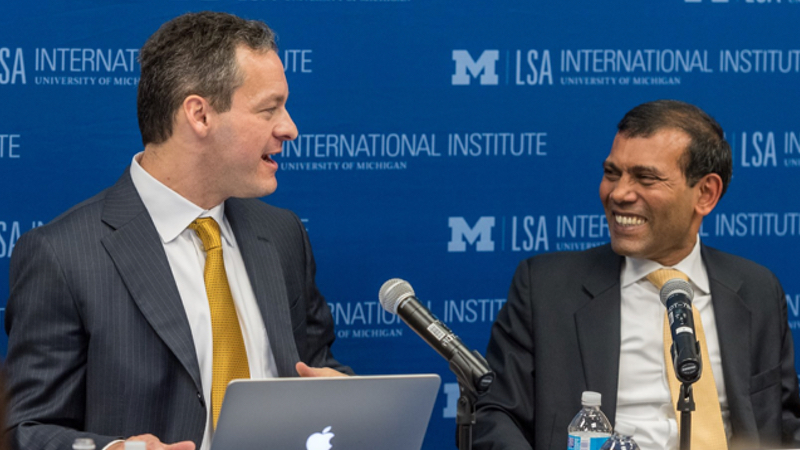 Jared Genser with his former client, the former President of the Maldives, Mohamed Nasheed.

If the 20th century, with its world wars and genocides, inspired the creation of an international human rights system, the challenge of this century, Genser believes, is to get states to live up to their commitments. For instance, in a meeting with human rights activists in 2005 to strategize how to get the U.N. Security Council to take action on Burma, he pointed out that there was already a legal framework in place: the U.N. charter. He could make a case, if he had the clients—which is how he ended up representing Havel and Tutu.

More recently, Genser was appointed by Secretary General Luis Almagro as Special Advisor on the Responsibility to Protect to the Organization of American States. In this pro bono diplomatic post, he will be working with OAS members, international organizations, and civil society to develop a regional system to prevent and respond to mass atrocity crimes and will also be advocating for greater global engagement to address the ongoing crimes against humanity in Venezuela.

A finalist for the Tällberg Eliasson Global Leadership Prize, he rejects the idea that he’s a crusader. “All I’m simply trying to do is to stand in solidarity with home grown, small ‘d’ democracy activists who are trying to make their communities and their country a better place, and to serve them. Servant leadership is something that is very, very important to me.” He won’t get involved in a case or cause without being asked, and he starts each time with “a presumption of ignorance on my part.”

As for the considerable experience he has gained, Genser does everything he can to pass it on. “I never say no to anybody who reaches out to me to talk to me,” he says. Between ongoing cases and other projects—which currently include helping to reform the U.N. human rights system and developing a show for Amazon (about a “far more dashing and handsome than me” human rights lawyer)—he tries to mentor the next generation. “That ripple effect is only possible if you’re always in a learning mode and in teaching mode, and you think very carefully and deliberately about how you maximize your impact.”